My american friend Vern used to live in the area of the Bhumibol Dam for a couple of years.
He invited me to explore the dam. 15 years ago I had the chance to see it but did not went out to the islands. Except from the week ends this is not a crowded place to go and we met almost no tourists at all.

The water supply to the dam at ca 7.5 km can be up to 13 billion cubic meter. The large dam is supplied by the river Ping coming from Chiang Mai. Across the dam the river Ping flows in the great Chao Phraya River in Nakhon Sawan. Passing Ayuttaya and Bangkok the Chao Phraya flows in to the Golf of Siam. No water is wasted and the rice farmer are taken care of on the way of the river.

The dam with its lake and the islands surrounded by mountains offers many subjects for photography.We arrived at the pier early and took a boat for the 20 min ride to the first island. 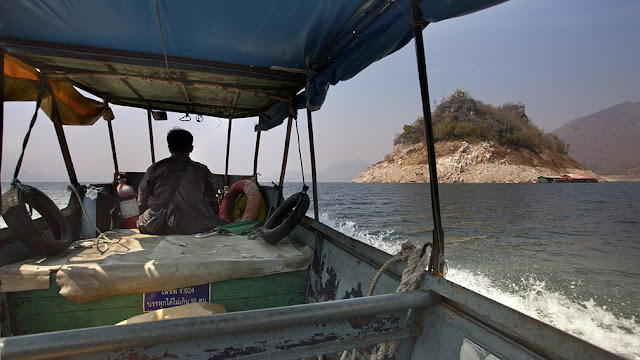 We buckled on the pier of a swimming restaurant and had a delicious fish for lunch. A few steps up the stairway and you are standing at the top of this little island. There i a single monk living on top and the view is magnificent. 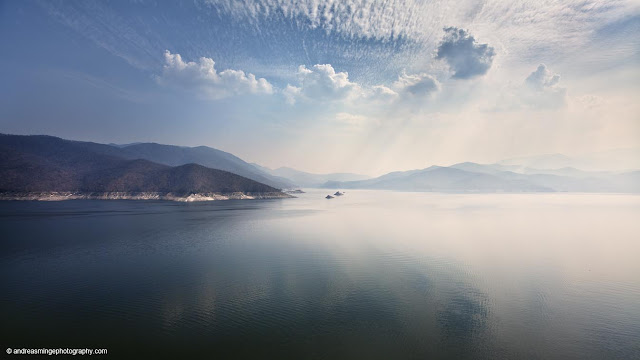 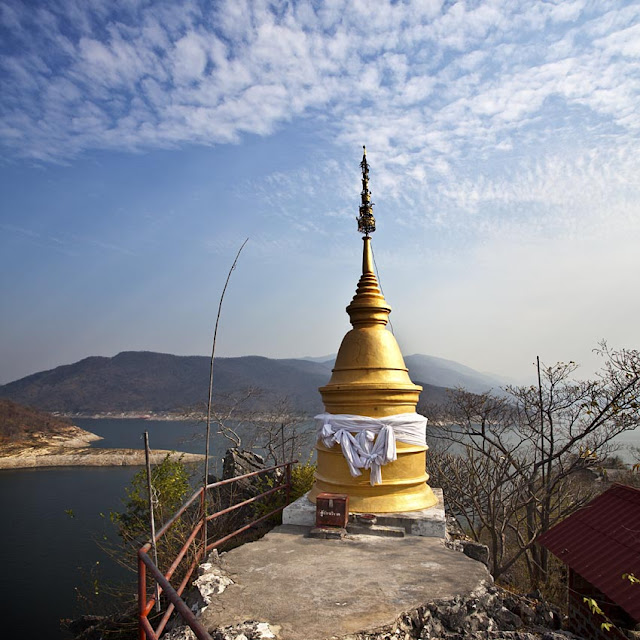 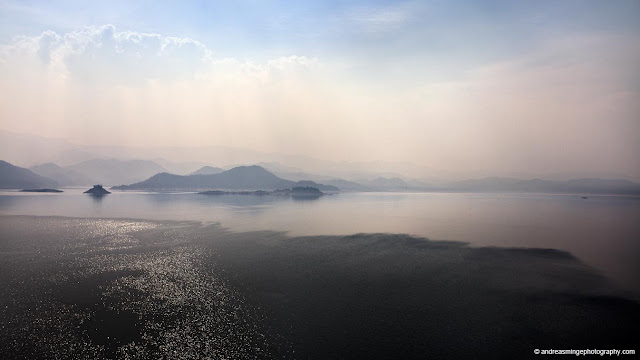 I ask the captain if there where more islands to go.Well there is "Valentines island" he replied. Same distance, same price. O.k. lets go. 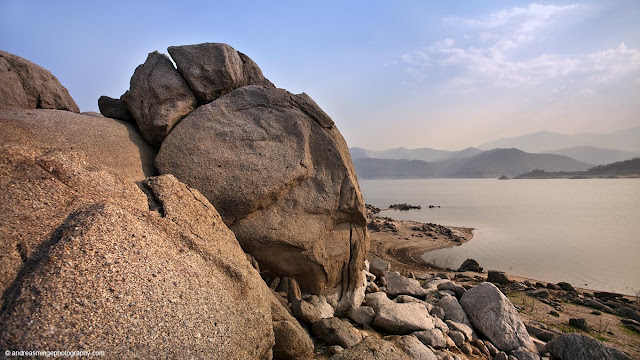 This island is a paradise for landscape composition. Mountains in the background , rocks in the front and curvy beaches as leading lines are perfect subjects. You just fade out the flower pots and valentine hearts at the main beach. 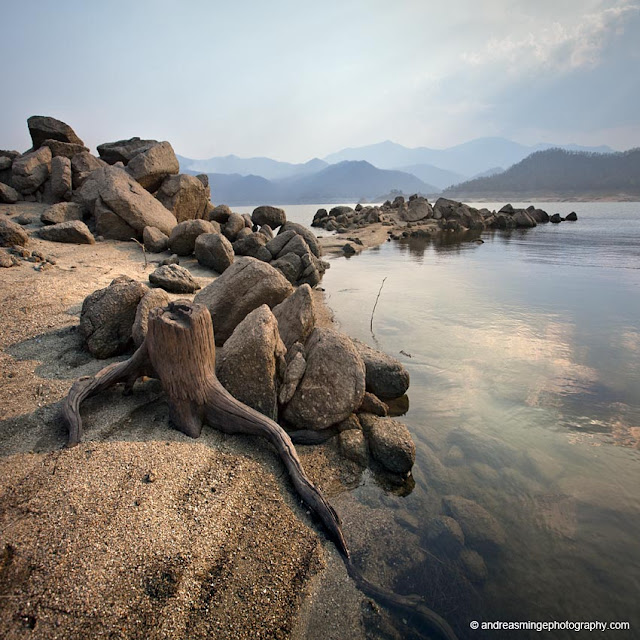 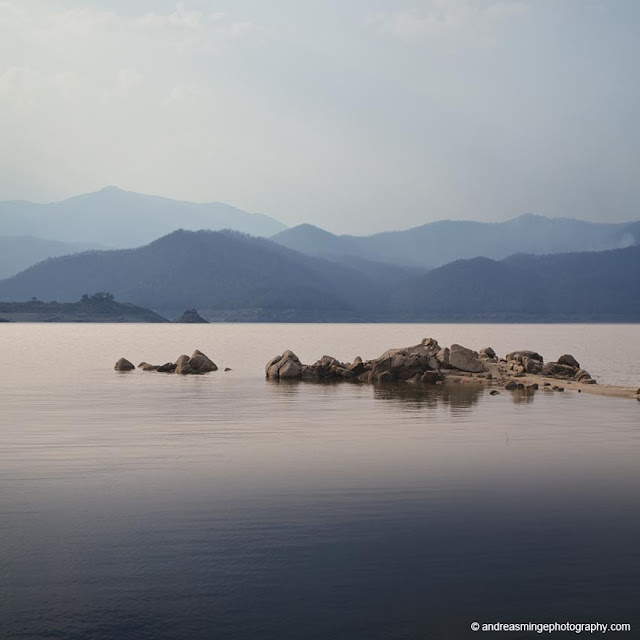 The later the day the better the light. The captain looked at his watch and urged to return. More of a family matter I guess. In fact the dam closes at 6 pm. I captured my best shot on the way back to the pier before we found our self at the restaurant at the golf course with a cool beer at the table. 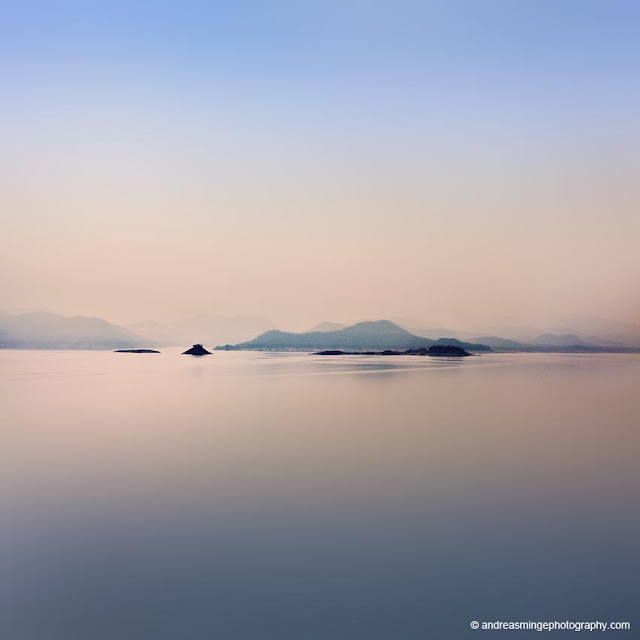 I went to see Werner who lives close to Kampheng Pet not far from the Khlong Lan National Park and the Khlong Lan waterfall. Werner knows this place like the back of his hand and was kind to offer me a little guidance. When I go on my own I like to be with my 30 years old truck "Jimi". 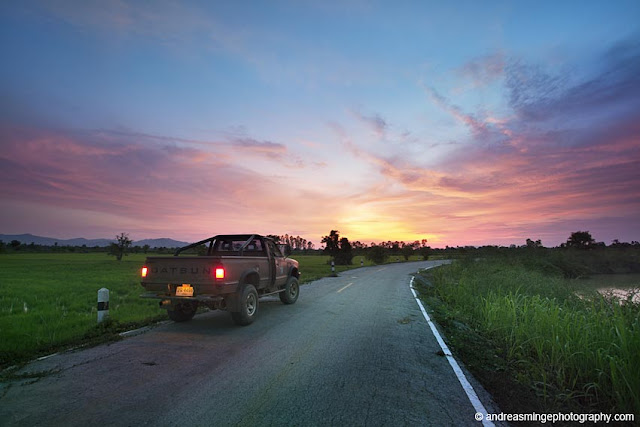 We got up at 4 in the morning. Werner prepared a delicious breakfast and first class coffe from the north of Thailland and off we where. It is only 30 km to the National Park and we are already up in the mountains. We are reaching the first viewing point just perfectly in time with the early morning light. 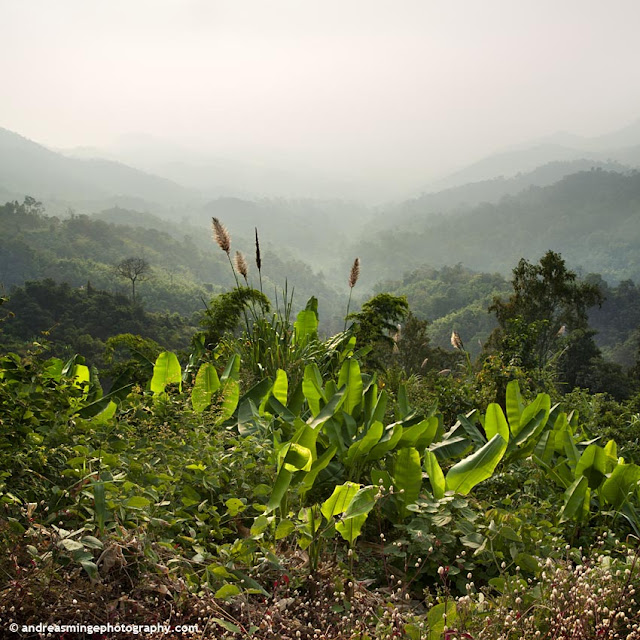 Werner is not the patient type of guy and I was happy he allow me to finish my photography. The park is a huge area and a day can be gone soon. So I had to hurry somehow.  I mounted the long lens at my tripod. I expected some walking and took only the very light carbon tripod on this trip. When you adjusted your composition it is important to wait for about a minute for everything to calm down to get a sharp image. A remote control and the mirror in upright position will give you even a better chance. 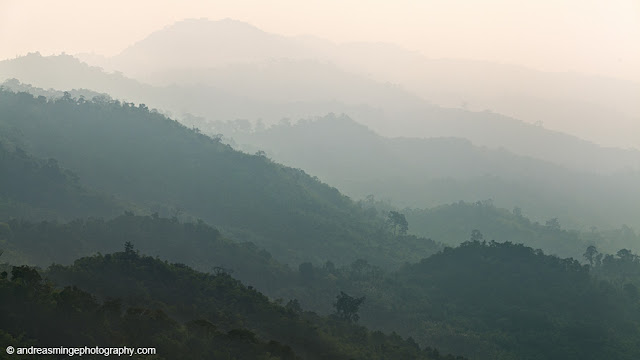 Further it goes to the campground. Another 300 m walk up the hill and we reached the highest point of the Khlong Lan National Park. A great view and a comfortable breeze are the reward at the top. It is not easy to create a perfect landscape with trees and bushes are in your way most of the time. The highest Peak we where standing is only 1429 m above sea level. Surrounded by all these mountains it felt much higher. 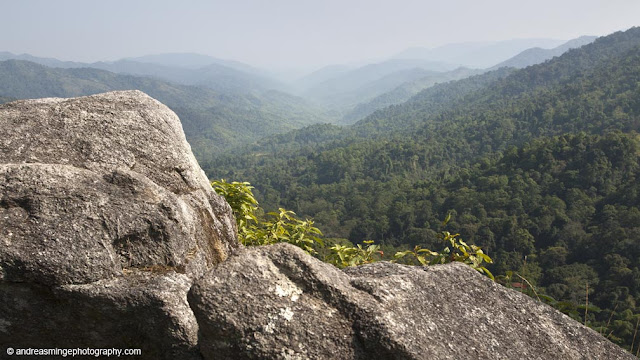 I just came back from my Tour up the Khao Luang Mountain in Sukhothai and was very little motivated in any kind of climbing. I really wanted to see the waterfall. It was already early afternoon when we arrived at the Khlong Lan Falls. The Falls are surrounded by deep rain forest with a large number of old trees everywhere. I could spend days on a place like this just to work out the trees. Roots and rocks at the falls provide a large potential of thrilling compositions to create. I need to come back on my own and stay over night to get this done in peace. At this time of the day the place was crowded by friendly Thai families.  They kindly moved for me to shoot but I do not get in to the mood this way. 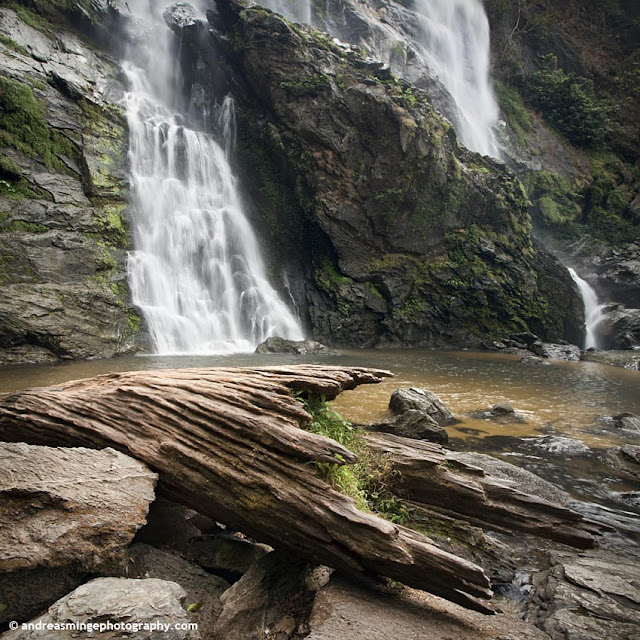 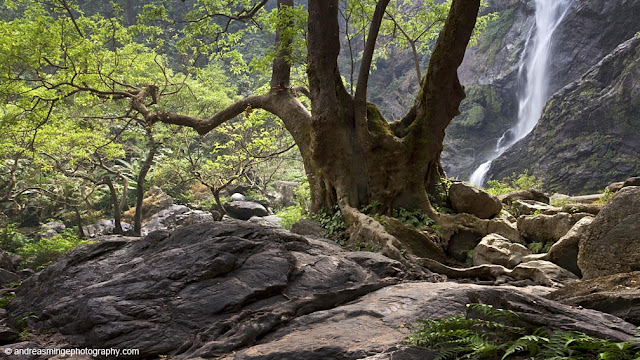 On our way back we made stop over at a lake. Just before sundown I got my best shot of the day. Going to see Werner another time I will set apart some extra time for photography I guess. 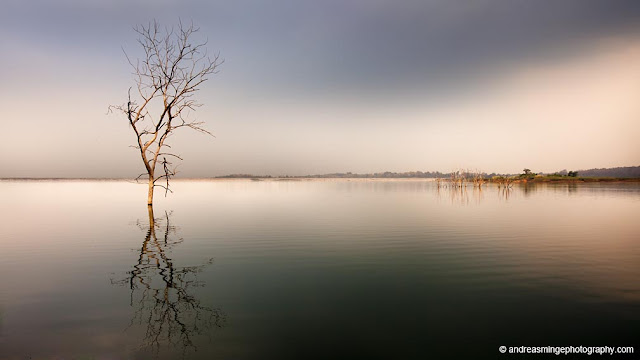 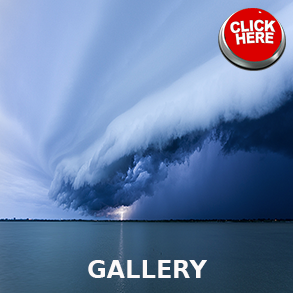 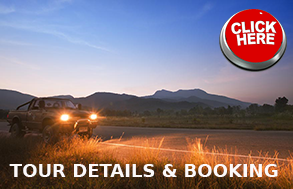 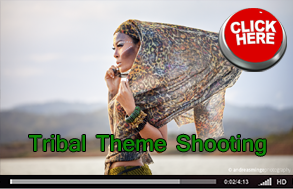 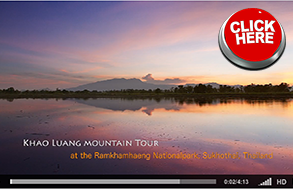 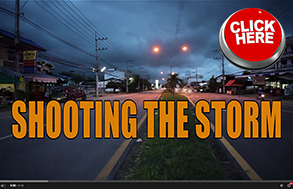